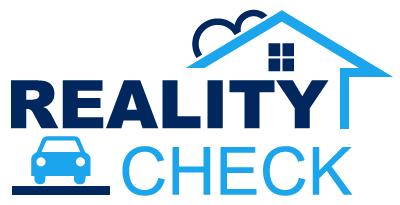 Welcome to an unseasonably warm winter.

No frosts in my part of the world and the days are getting longer by a surprising 1 minute and 2 seconds per day. That extra minutes daylight is a lovely warming thought in the midst of winter. We are seeing the signs of an early spring with the Jonquils and Dahlias already starting to flower and the Wild flowering Cherries looking like they will flower about the time you get this newsletter.

Our lovely Daughter in Law recently went through a medical crisis with her spending several days in Intensive care and fighting for her life. The scary thing is they know what the issue was but not what caused it, and they suspect they never will. I drove to Tauranga to pick up their three-year-old and looked after her for 11-12 days. She is an absolute angel and such a well balance kid …. but …. I have not been so exhausted for I don’t know how long. On a good day it felt like my life was on hold, on a bad it felt like it was in chaos.

So, my greatest respect to all the parents out there. The ones who sacrifice their lives daily to create a warm and loving environment for their families. And Uber respect for those amazing and rare older parents who permanently take on one of their children’s children. What courage and what selfless dedication to another.

And to all the mum’s and dads who raise kids and work. I admire your time management skills and ability to focus on your tasks and fit it all in the same 24-hour day I have. You are the best!

My Daughter in Law is slowly recovering at home now, but it will be a while.

Futurist Predictions and Self Powered houses

The futurist Dr Richard Hames(NZ herald 14/7/19 ) . Has predicted that Hydrogen Fuel cells are the way forward for electric vehicles rather than electric. This could put a spanner in my very confident prediction that self-powered houses will be an option within 5 years. However he also predicts Trump will get in for another term so we will soon see if his predictions carry any weight.

I don’t know about Hydrogen Fuel Cells but do see a clear cross over between electric vehicles and self-powered electric houses. The new technology will be developed for cars and then crossed over to batteries for houses, as is already happening ( I.e. the Tesla Power wall) . If the way forward is Hydrogen Fuel Cells, then I don’t know how they will power houses.

A report from Bloomberg NEF, has electric car costs becoming cheaper than combustion engine cars by 2022. Previous reports had the crossover in 2026 which was reduced to 2024 and now to 2022. It stands to reason that as more manufacturers develop the new technology, costs will come down faster and the crossover point could be 2021 or earlier. Basically, this will be the end of the combustion motor car. 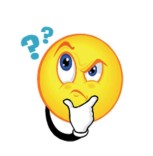 I haven’t put out a newsletter for a couple of months now, basically because I have been confused by what was happening in the market. I could see a slow down coming by it just seemed to never arrive.

We at Harcourt’s had some great selling months leading up to winter and it’s still going strong. This is contrary to many of the signs I had been seeing and to my earlier forecasts. So, did I get it wrong? I don’t think so.

The biggest driver of the market over the last four to five months has been the first home buyers. They have been out in numbers and snapping up any homes in the $350,000- $500,000 bracket. Once you move out of that price range the market has been a lot slower. We are seeing areas, Like Bream Bay, where most houses are over $550,000, hit a wall with minimal activity unless it’s under this price range.
We also need to consider that even though we are building more homes we still haven’t caught up with the under-supply. Recent reports say we are still falling behind.

Rents have been moving upwards, so those with Kiwi saver schemes, are being influenced to buy rather than pay $400 pw. plus rents into a landlord’s pocket. It’s a big incentive to beg steal or borrow to get into your own home.

Interest rates keep falling, although very slowly now. We get the combined effect of money being cheaper to borrow and the interest on money in the bank not being worth having, so many people continue to take money out of the bank and put it into an investment house.

If we look at Core logics” latest average price for Whangarei, its sitting at $548,223. This has remained reasonably stable for 8 months now, so it suggests the boom is over for now. However, a closer look shows that this figure is strongly influenced by the number of lower cost houses selling.

The fundamentals such as supply, interest rates, and immigration are still strong.
The days to sell is pushing out to around 50-60 now. Another indication of a slow down.

My prediction remains that we are heading into a stall. The market won’t drop because of the underlying positive forces, but there will be a period of adjustment for a year or two while people get used to the average property in the city being over half a million dollars.

Investor buyers will find increasing pressure from the Government to get out of rentals, but this will be offset by the low interest rates, rising rents and the wave of first home buyers wanting their properties. I still think that if you want to get out of rentals this is the time to do it. But similarly if you are wanting to get into long term rentals, get in while there is a slower period.

Warning !!! You and the Taxation (Annual Rates for 2019-20, GST Offshore Supplier Registration, and Remedial Matters) Bill 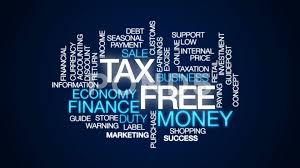 Firstly, what a mouthful and secondly what a deceptive title for legislation that takes away landlord’s rights to offset their loses in owning a rental property against their main income. I have read the legislation and unlike most law changes, this one is about as murky as it can get. I think I have found the actual wording in the legislation but am still not 100% sure.

General outline
The provisions in this sub-part, in general, –

These words mean you can no longer claim your rental loses against your main income.

Ashley Church, a writer for NZE, has written
“Investment property in the major metropolitan areas generally makes a loss for up to 10 years before it starts to make a profit”
he goes on the say that the ability to offset business set up costs against other income
“ Isn’t a subsidy or a loophole, it’s a standard tax practice that is applied broadly against hundreds of thousands of businesses across New Zealand and is based on the principle that the costs associated with establishing a business and running a business should be deductible from overall income”

However the bill does appear to shift the loses to future years, so rather than reduce your tax liability the year it was earned you can offset it against profits from future years.

c  Provide that the excess amounts are carried forward to later income years in which the person derives residential income.

Some will think these changes fair and good. What I am concerned about is the way this change has been achieved and the longer-term consequences. To place it under this innocuous title is deceptive and give the appearance it is being hidden.

Secondly it is going to have a devastating effect on rental supply and our country is not ready for private landlords to withdraw from the market. I have written many times about how, we as a country need the private landlord, but yet again we are steadily driving them out. Remember that 4/5 rental properties are privately owned. There is already a shortage of rental properties in most centers and this will only get worse. One of the key reasons to buy a rental property is now gone. The inevitable result is we will see the most vulnerable and marginalized people unable to find rental accommodation and an increase in homelessness.

Example . My daughter and son in law were fortunate enough to move into their own home last week. They have been paying $450 pw for a very basic three-bedroom house in a pretty rough area. I personally thought they were paying $50 a week too much. That same house is now being advertised at $490 pw and from what the kids have told me, has a queue of prospective and desperate tenants lined up to take it. 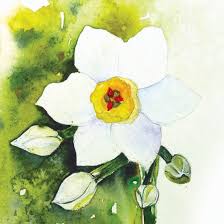 Jonquils are basically Daffodils but have multiple flower head clusters and a strong scent . Daffodils are the yellow headed flowers we all know and associate with spring. They all come under the family “Narcissus” . Narcissus was a very good looking ancient Creek bloke who walked by a pool of water while hunting, decided to have a drink, saw his reflection in the water, fell in love with his own reflection and because he couldn’t have perfection decided to kill himself . I’m sure it made sense to him at the time! Out of his remains grew the Narcissus or Daffodil.

I invite you to give me some comments or what your thoughts are on the articles that I have written. I look forward to hear from you